Is It Safe to Order Hot Water on the Plane? (And Other Questions You’ve Always Wanted to Ask a Flight Attendant)

From salacious details about the “mile high club”, to being compensated when being bumped from a flight, who better to seek the answers to these burning questions than from a flight attendant?

Many people see flight attendants as glorified waiters and waitresses who only give instructions and serve cocktails. But the truth is, they go through extensive training and work hard to see to it that you make it to your destination(s) safely. They are the main point of contact throughout your flight and play an important role on the other side of the cockpit.

I sat down with one who gave me some useful info for travelers with a little “tea” on the side.

Are there any secrets to save money on travel?

“Between Tuesday’s and Thursday’s you may be able to catch a better deal on a flight than on the other days of the week.  You can also catch great deals the SAME day at the ticket counter. But most people aren’t going to take the time to go all the way to the airport and book a last minute flight. If you show up to the counter at 8am and there’s a noon flight, (or there are a few flights leaving by noon), they’ll tell you which ones are the cheapest and you may be able to score a $20 flight to Atlanta or a $100 flight to Amsterdam. If you tried to book online, it would be a lot more.”

What is the meal that you should NEVER order on the flight? And what’s the deal with the hot water?

“The meals are pretty good, but what I will say is that we have out stations and we have bases. So let’s say the plane stayed somewhere overnight and it’s not a base, that food is NOT fresh. The food on overnight/redeye flights isn’t fresh. As far as the hot water is concerned, there’s a tank for the coffee and tea that we call potable water. Because the water sits in a tank, harmful things like ecoli can accumulate. So the tanks are regularly tested for safety. If we make an announcement saying that we don’t have water, coffee or tea, most likely that means that the tank failed a safety test.”

How thoroughly are the planes cleaned?

“They aren’t cleaned. If you’re a germaphobe, I would bring my own disinfecting wipes. The places with the most germs are the air vents because those get touched the most by passengers. The only time something is thoroughly cleaned is if someone is bleeding or vomiting. Other than that, they vacuum and take the trash out. That’s it.”

What are some important requirements of the job to ensure passengers are safe?

“Any given day, I can be drug tested or have to take a breathalyzer. Then there are random visits where they can come on the plane and inspect to make sure that we aren’t breaking any federal laws. For instance, you or the airline can be fined up to $20,000 for things like not doing the pre-flight demonstrations, not locking the overhead bins properly or letting people be out of their seats walking while the plane is landing. Also, examples of more recent controversial events featured in the media are used in training sessions to better handle situations in the future. ” Are there a lot of work/sex relationships that you know of?

“Definitely. They’re convenient. There are also a lot of pilot/flight attendant relationships as well. And those get annoying because they ask to fly every trip with their partner, they want to get into the cockpit and hang out and leave you doing the work. There have also been some messy situations. There was a pilot who was married to a news anchor and having multiple relationships at work. He even got a few women at the job pregnant. After a while, his behavior and his arrogance got to be too much and he was let go.”

What would you say was the craziest incident that you’ve witnessed on a flight?

“I’m grateful that I haven’t had very many emergencies or altercations but I would have to say the craziest thing I’ve witnessed was on a flight to Aspen when the entire cabin began to vomit in unison. I guess it was the turbulence. It was like a chain reaction.”

Talk about being asked to voluntarily give up your seat on a flight and how you shouldn’t accept the first offer.

“Airlines tend to oversell their aircrafts. So let’s say a plane only has 100 seats…they’ll sell those seats and maybe an extra ten (based on the number of passengers they anticipate will miss the flight). If the ticket was initially $200 but they oversold it for $500, that’s when they can offer the volunteers the extra money they made off of the max profit. So when they need a passenger to volunteer, they’ll start as low as possible. But if they really need those seats, they’ll go the maximum amount they’re able to spend. So NEVER TAKE THE FIRST OFFER! Most airports have multiple flights a day. But if you’re in an airport where there are only one or two flights a day, that’s when you can really negotiate.”

What is the most important thing that you want passengers to know about flight attendants?

“We’re not just here for coke and pretzels. We’re babysitters, firefighters, doctors,  nurses…we have multiple roles. We’re primarily here for your safety. Be understanding, be respectful and most importantly, be patient.”

Obviously, working as a flight attendant lends the perks of seeing the world for free and meeting new and interesting people. But there’s a lot more to the profession than jet-setting. It is important to have love for people, a dedication to customer service and be willing to fearlessly take the reigns if an emergency arises.

The next time you board a plane, (after you take a picture or shake hands with your captain), be sure to show some love to the flight attendants too. They put up with a lot more than you think and work a lot harder than we them credit for. 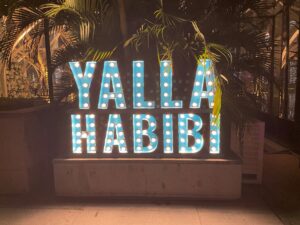 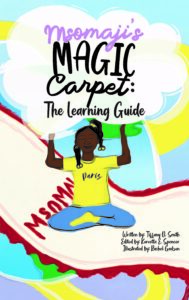 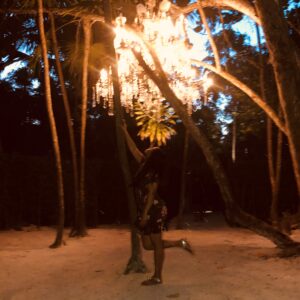 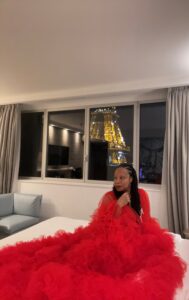 Visit Riomaggiore village on cliff rocks and sea at sunset.
Book Now
PrevprevHow a 49-Day Intention Exercise Helped Me Reinvent Myself and Step into My Power
nextTop 5 Travel Pet PeevesNext