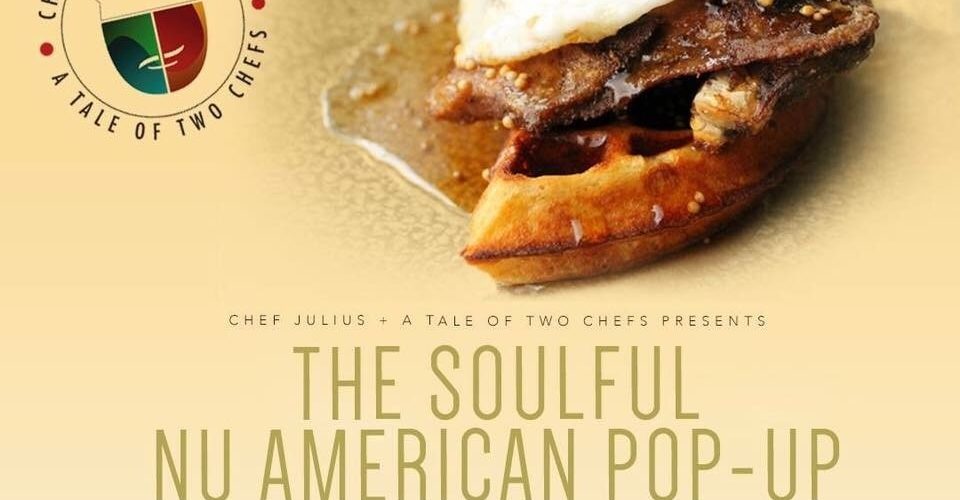 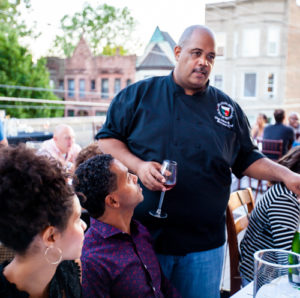 Those are the three words Chef Julius Russell uses to describe what it takes to prepare for an event of this nature. Although he’s been doing pop-ups for five years now, “The Soulful Nu American Pop-Up” is his most personal. 35 guests were invited to his beautifully decorated rooftop to enjoy what he calls “unique bites that encompass everyday flavors merged with classic French technique.”

“I just want to share with people who support me good food that I feel happy about cooking.”

The dishes ranged from Foie Gras Canape with Carmelized Shallots (a delicious and creative rendition of liver and onions), Duck Confit with Sweet Potato Hash and Bourbon Maple Syrup (which turned out to be a wonderful post pop-up dish the following morning) and the pièce de résistance: Kobe Beef Short Rib Grilled Cheese with Fried Tropea Onions. This dish knocked everybody’s socks off and had them asking for seconds!

His inspiration for recipes come from just about everywhere, but the most magical moments of creativity come from his love of music. “I am never not cooking without music. Music just makes cooking easier.”

To experience a pop-up is to become an extended member of his family. His love of food and his ability to prepare familiar dishes with precision and make them taste delicious are what make people feel endeared to him. “We know that you can’t have us everyday”, says Chef Julius. “But you deserve to have somebody try to be as good as we try to be.” By “we” he’s referring to Tim, Maurice and Will. The three chefs on his culinary team. “These guys know how good they are. And they are all so comfortable and strong in their abilities that they don’t mind listening to direction.”

Chef Julius is big on listening and what he calls “culinary vulnerability” in the kitchen. “I may not have the best idea for the protein or the dish that we’re working on so the other voices are important.” He believes that the greatest chefs in the world are those who can empower and inspire a team to believe in the bigger picture. 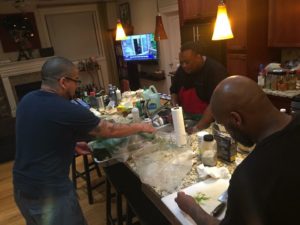 His connection with people is why he says that he will never stop doing pop-ups. But beyond that, he says that what sets him apart from other chefs is that he is always in constant communication with the people who are eating his food. “I recognize that I am a choice and I never forget that. I am not afraid to let people know that I appreciate that you chose me and because you did, you’re going to get everything you feel that you deserve.”